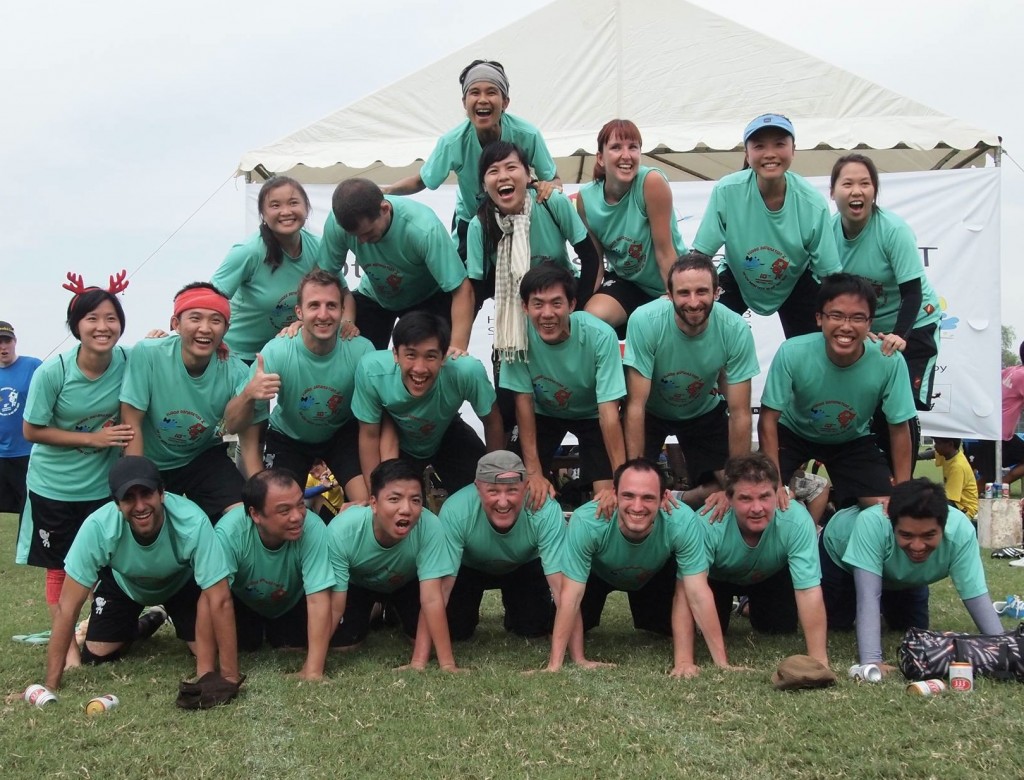 Matt’s team “MSG” — it’s how we flavor your soup! (our color was Medium Spring Green)

At home, I happily captain my league team, but as my teammates will tell you, it is almost purely in an organizational and logistical role — I’m not a good coaching captain. I don’t like to be in charge or tell people how and when to play. I certainly had not signed up to be captain of a team on my first visit to Southeast Asia! 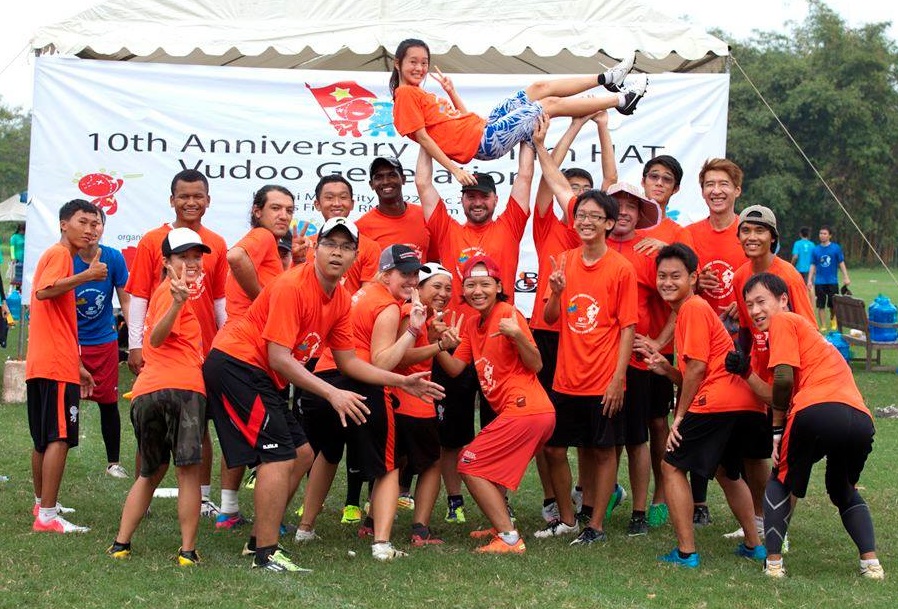 Lisa’s team “Orange Crush” — winners of the B bracket!

As excited as we were for ultimate, we also got to play with many other friends that we had met along the way, or known from previous games. Amy Smith, a player from Colorado and now living in Shanghai, was attending the tournament. Pily and Jano, players from France that we had met in Hanoi had told us we convinced them to stay an extra week in Vietnam to attend the hat tournament (but then agreed that not that much convincing was required to stay and play ultimate). Lester and Asha were there from the Philippines, and we all made countless more friends during the weekend tournament. 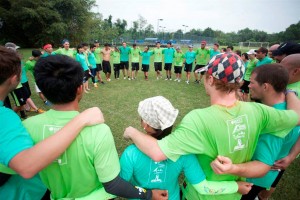 While Lisa’s team pushed through Sunday play to win the B-bracket, my team came within a point of upsetting Amy’s team to make it to semi-finals. In the combined, two-team spirit circle that inevitable follows each Southeast Asian ultimate game, the other team told us that not only were we the team that gave them their hardest fought game up to that point, but that we were also the only team to make drinking a spectator sport. At the tournament party the night before, Eric from Japan (and also the MSG team-captain) had introduced our team, and several others, to a Japanese drinking game called “nande”. It’s a loud and rowdy game, with several mini-games contained within, and at times there were more people watching our game than playing it.

A lot of photos and video footage was taken at the event, and Lisa and Amy even managed to make it onto television in Vietnam: