My brother can’t swim, either. He remembers us taking lessons as kids and our dad pulling us out as soon as we learned to float. I don’t even remember that much, and I’ve never been comfortable in or on the water. After a near-death incident white-water rafting a couple years ago, my fear of water was firmly cemented in my psyche. Conveniently, it’s always been a great way to avoid showing off my absurd tan lines.

I attempted to take swim lessons before this trip so that I would at least be safe on the water since there will be several instances in which we’ll be on boats. Regrettably, I ran out of time and wasn’t able to complete the lessons, but I did learn how to float and backstroke well enough to survive. It ain’t pretty, but it’ll suffice.

Anyways, back to snorkeling. Matt and I did an island-hopping tour (Tour C) while we were in El Nido. This takes you to such places as Hidden Beach, Secret Beach, Star Beach, Matinloc Island, and Helicopter Island. There is a lot of snorkeling in the area, and in the spirit of adventure, I decided to give it a try. I still had my life jacket on, but I was able to paddle around and check out the scenery well enough. It was awesome! We saw some sweet things:
- a lionfish
- a bunch of blue starfish
- real life nemos living in anemones
- a couple of fish that kept biting open wounds on my legs
- a crab that got confused and took over a weird shell it clearly didn’t belong in
- a couple sea snake things
- some cool corals 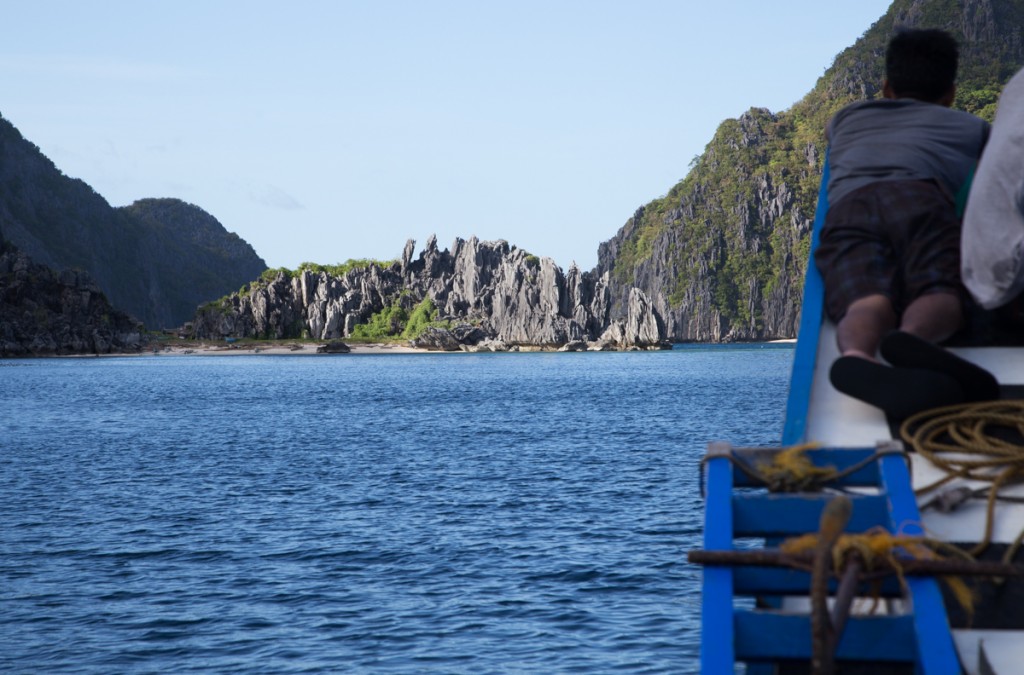 one of the snorkel sites on Tour C

Matt has snorkeled and seen lots more amazing things than what we saw in El Nido (he considers it “average”), but I was still really excited and proud of myself for this small feat. But then we got to Secret Beach which is an experience that should probably go under the “Questionable Choices” category.

Secret Beach is a small little beach that is only accessible by swimming through a small channel in the cliff face. As you approach the island, all you can see is the boats bobbing along the rock wall with no signs of the channel. Following Matt’s lead, I hopped into the water in the hopes of bobbing my way along to where some other orange life-vested tourists were exiting the island. 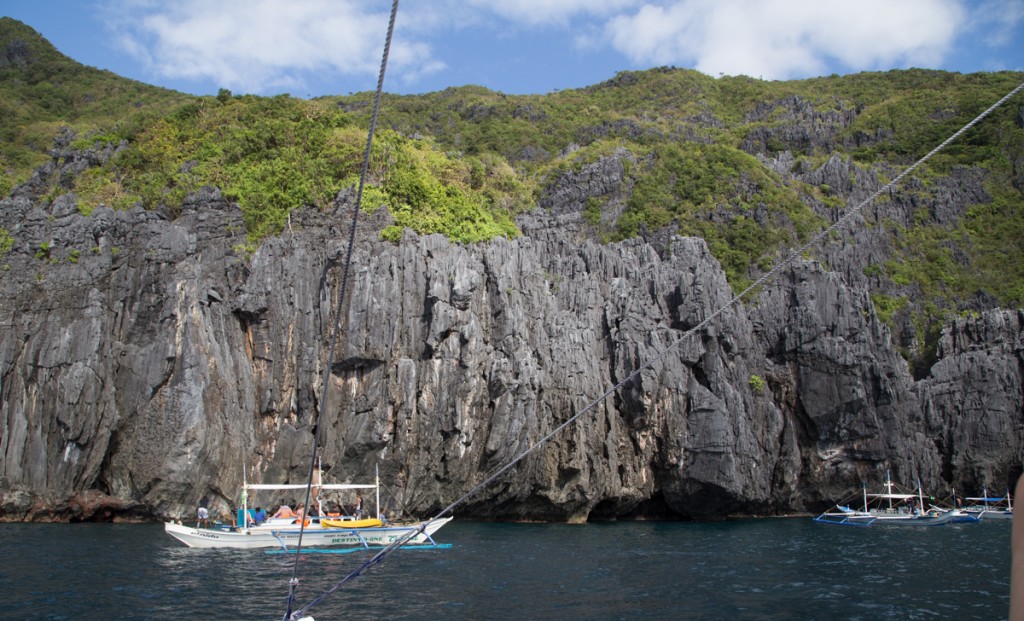 the channel is near the boats on the right

The current turned out to be so strong that my concerted flailing was getting me nowhere, and I basically just splashed around for a while, getting progressively more concerned and panicked. Finally, Matt and one of the boat crew, Joe Ryan, ended up having to drag / pull me to the channel, which turned out to be a very narrow opening. I bobbed near there for a bit, staring down the hole and questioning why I wasn’t born with a sense of self-preservation, before Matt and Joe Ryan pulled / pushed me through it.

Once inside, Secret Beach is really awesome. There’s a little pool area you can paddle around in, a nice beach to sit on, and a little cave to explore. As I sat dazed in the shallows and fish bit my legs (again), the only thought going through my mind was a quote:

Do something every day that scares you.

2 thoughts on “I snorkeled!”