After much thought, I have decided to pause my trip and return to the States at the end of May so that I can play the club ultimate season with my team, Molly Brown. But never fear, dear readers! It will not be the end of my travel journey. I intend to play the season from June to November and then re-join Matt somewhere in South America. Matt is planning to travel alone to Europe for a few months while I’m chasing plastic back home.

why?
I got a layout Callahan! For our readers who don’t play ultimate, a Callahan is one of the most exciting plays that can happen. It is a defensive score akin to a pick-six in football. And a layout is ultimate-speak for diving after a disc. Callahans are rare and usually the result of some fluke rather than intent. But this one was fully intentional and the highlight of my ultimate career thus far.

At the 14th annual Bangkok Hat Tournament, I was on the Red Ninjas. Here’s a cool picture of us being badasses: 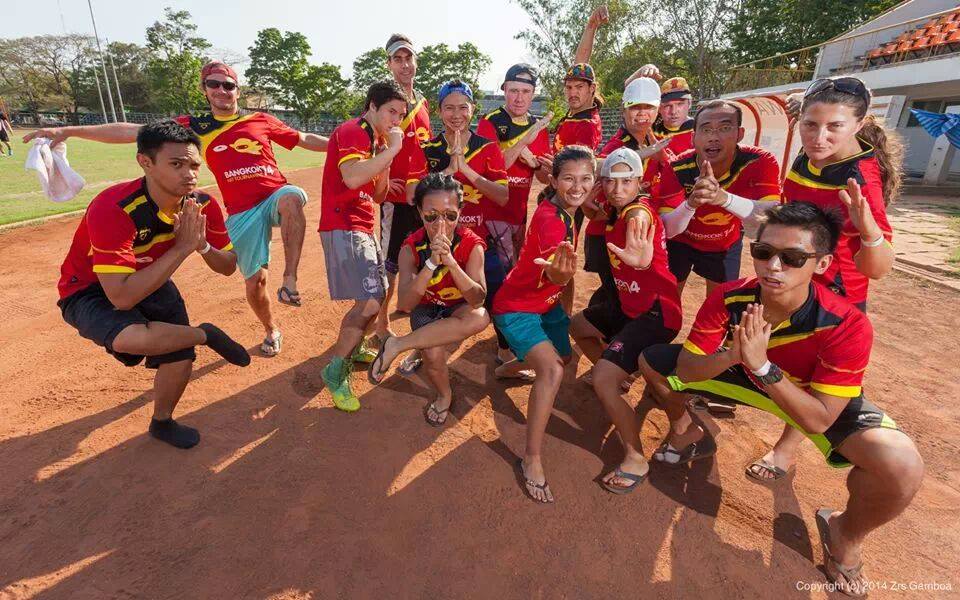 We were playing our fourth and final game of Saturday, trying to earn a hangover-friendly first round bye for Sunday morning. After a long day and coming off a tough loss, we were down 1-3 and not playing well. The other team had the disc on their own goal line, and I was guarding their female handler, a former player for the UK nationals team, on the dump. This is my favorite situation to be in because of the high potential for generating a turnover. At Club Nationals back in October, I was in the exact same position, baited the throw, went for it, and the disc hit me in the hands, but I dropped it! As the disc was checked in in Bangkok, I was determined to get redemption if the opportunity came up.

Sure enough, the stall count was getting high, and the other handler looked to the dump. She faked a couple steps upfield, and I went with her. But as soon as she started back for the disc, I turned, saw the disc go up in my peripheral vision and just dove. One-handed layout grab for the D and score! The momentum of the game shifted, and we started rolling the other team on our way to a win and Sunday morning bye.

It was while I was in the air reaching for the disc that I had an epiphany. These sorts of plays are part of why I love ultimate and spend obsessive hours on it. And while getting a Callahan in Bangkok was great, it means less than if it had been at Club Nationals, the highest possible level of play. I had a late start in ultimate, and I am keenly aware that I only have a limited amount of time left to be able to play at this level before my body breaks down [more]. I’ve worked my ass off for the last several years to get here, and it seems wasteful to not use my abilities while I still can.

At the same time, I have realized on this trip that I will be able to travel at many different points in my life. We have seen and met travelers from every stage of life: parents traveling with children, students on a gap year, retirees, people our age looking for adventure or change, and so on and so forth. And we have also met a ton of solo female travelers, and I understand now that I don’t need a travel buddy, though I fully intend to re-join Matt in November. This is not my one and only chance to travel; it is just one of many.

So, I am choosing to interrupt my travel adventure to chase my ultimate dreams.

seriously? you’re stopping an amazing trip to play ultimate? can’t you just play on the road?
I know this decision won’t make sense to a lot of people. Even some ultimate players never understood why I spent so much time on ultimate while I was still at home. Why dedicate my limited free time on a sport that many people don’t even know exists? There’s no money to be earned in it, no glory to be had outside of the ultimate community, plenty of bemused or confused looks, and the requisite answering of questions about whether or not it’s the same as disc golf (no).

We all find meaning in different things, and being on Molly Brown has been one of the most rewarding experiences of my life. I had never been part of a team prior to MB, and in it, I found so much happiness and joy in being a part of something greater than myself. Also, it’s the most fun group of hilarious weirdos I have ever had the luck of meeting and spending too much time with. For a much more entertaining and better-written treatise on the love of ultimate, check out Beau Kittredge’s essay.

Matt and I have played a lot of ultimate during our trip, and it has been fun, especially for the social aspects. But the level of play can’t compare to what I am used to at home. I am uber-competitive, and this trait has helped me become the player that I am. Unfortunately, it also means that I have a hard time enjoying myself if I know I’m not playing to my full potential.

In Asia, I can run the field and basically do whatever I want to which is fun to some extent; it’s a nice ego boost that my already over-inflated sense of self doesn’t need. But rather than stroking my ego, I would much rather play in a close, competitive game where every point is an intense battle and victory isn’t certain. As humans, we are constantly seeking out challenge because in that struggle, we find out what we’re made of. It forces us to grow and improve. In the same vein, this trip has also been a challenge, but it’s one that I can pursue throughout my life. One day, I’ll realize that I can no longer compete and grow as much as I want to in ultimate, and I’ll give up playing it at such an intense level. But that day is not today.

To be honest, this trip was always fighting an uphill battle. Even before I left, I was questioning whether or not I would return for the season. I have thought about going home to play ultimate every single day of this trip, and each little hiccup or minor bump in the road became fuel for the fire. Every time Matt told people that we intended to travel for a year, I cringed and hedged because I knew how hard it would be to resist the call of the team in the spring. My intuition was telling me what to do, but there was too much noise drowning it out. After the stay at the monastery where I was able to clear my mind and the layout Callahan, the decision was clear. I belong with my team. 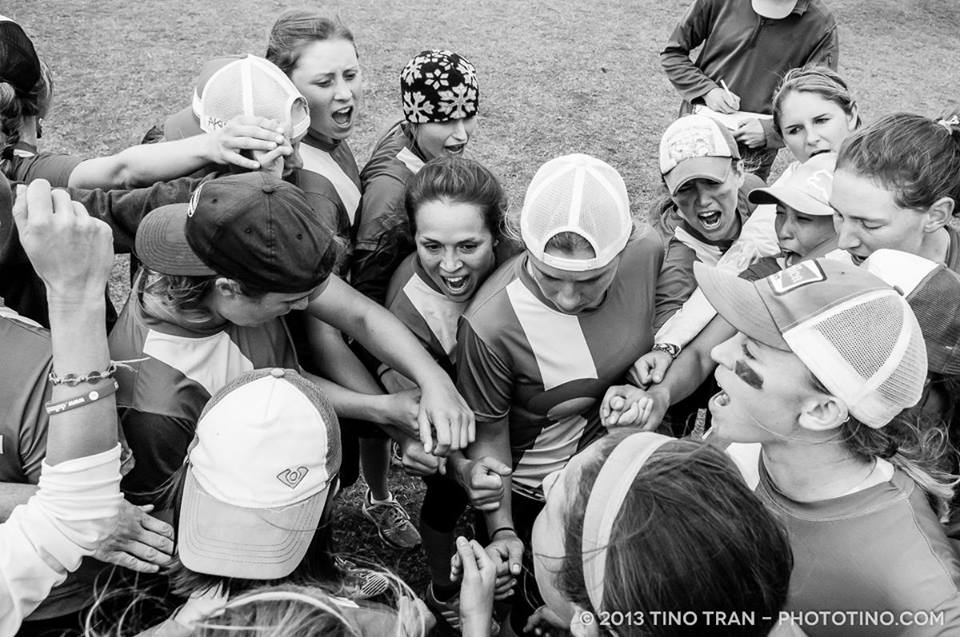 so, now what?
I’m not going home until the end of May, after we complete our tour of Asia. May is a natural breaking point because it was when we meant to fly to Europe. So, instead of flying to that continent, I will fly home. Matt will go to his brother’s wedding in Edinborough, Windmill Windup in Amsterdam the following weekend, and then explore Europe for a few months. I am planning to stay with my brother, his wife, and my niece in Golden when I return. I will try to find a short-term job while playing ultimate, and then I’ll leave after Nationals and go find Matt.

This actually simplifies the next three months of our trip because we know our Asian exit date:

on splitting up
While I am very excited to go home, I am also very sad to be leaving Matt. I mean, look how cute we are:

These last few months have been incredible, and I could not have asked for a better travel partner. My greatest fear with going home is that he will get tired of traveling on his own and end his trip before I can meet back up with him. But I have faith that he will persevere, and I’m already envious of all the adventures he is sure to get into without me.

Even though I’m going home early, I am still only halfway through this trip! We still have three months to go, and I fully intend to make the most of them. whoowhaahahawhoooowhoahahahawhaahhahahaha!

NOTE: my most sincere apologies to MB for not including any gifs. Laos has some of the worst internet connections we’ve seen on this trip, so gathering gifs is too painful. I’ll make up for it this season.

4 thoughts on “hollywood is coming home!”