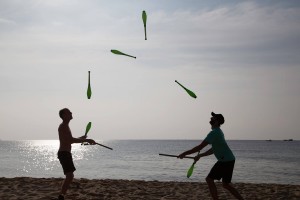 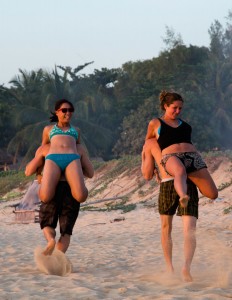 Backpack races on the beach

After checking in and grabbing some food, our first stop was the beach. It was only moments after hopping into the water that I noticed someone 50 yards down the beach juggling clubs. As someone who juggled for hours a day in high school, this was an exciting possibility. I walked over and it turned out he was circus performer Lucas Wintercrane from England, and was backpacking around Southeast Asia for six months with six juggling clubs! We would spend the next few days hanging out at the beach with him and his girlfriend Amy. Check out some of the juggling highlights: 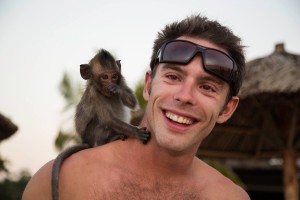 We also ran into a few Germans (Jens, Kevin and Enrico) who we had played with at the Vietnam Hat tournament and met Sean, a traveler who had become best friends with the local pet monkey, who was allowed out to play on the beach with us.

It was a great few days, filled almost entirely with relaxing and playing on the beach. We made several attempts to consider exploring the rest of the island, but were too content to just take it easy for a while.

Yes, this is the second blog post in a row to just end abruptly. I don’t really have that much to say, but wanted to post some photos and videos, so… 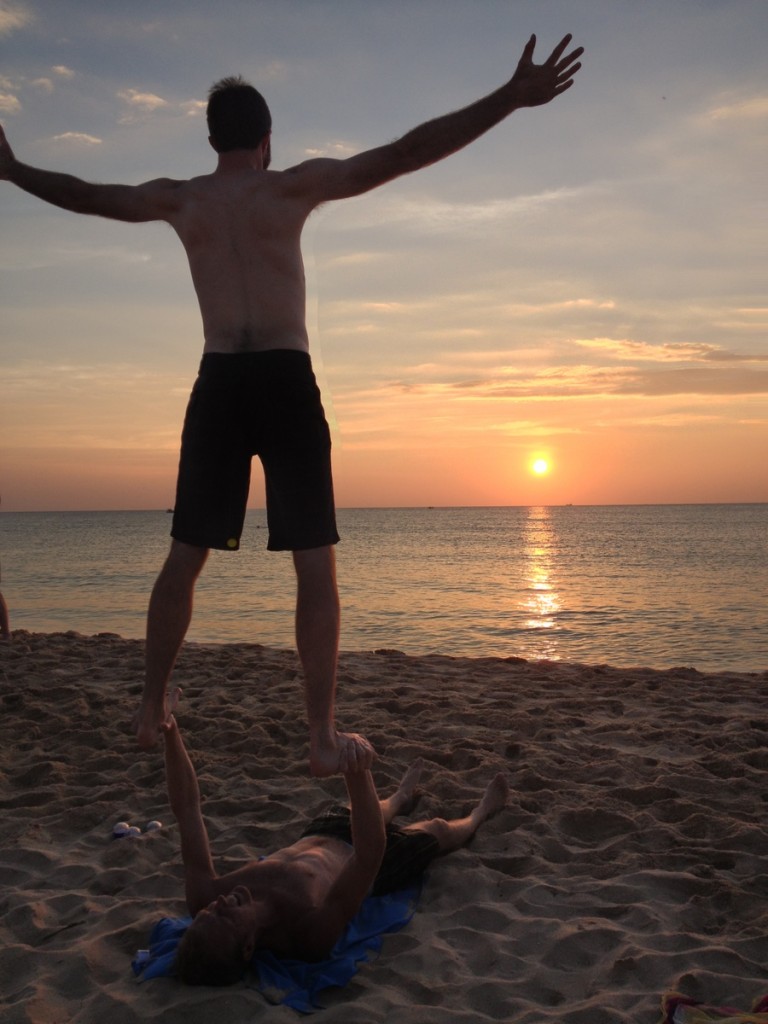 Lucas was full of circus tricks!