And that doesn’t even include the cool German couple we hung out with three times, the pick-up games with Hanoi Ultimate Club, or the fact that everyone at the grand opening was dressed to the nines while Lisa and I were in our travel attire having not showered after ultimate. 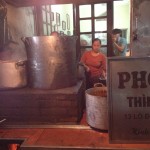 This place serves only one dish Pho Bo (beef), but it is delicious. At $2.50, it was slightly more expensive compared to other street food, but it’s a well known restaurant. 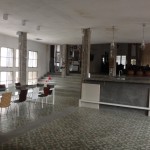 Probably not what we should come to expect when couchsurfing, but being able to stream our music to the house speakers while connected to wi-fi was a nice touch. 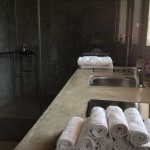 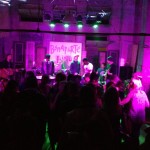 I’m not sure how every white person in Hanoi found this music festival, but they did. 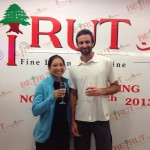 Our only regret (and it is a major one) is that this photo does not include belly dancers. 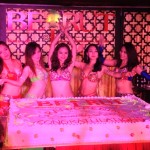 I guess it’s hard to make a cake this large also taste good.